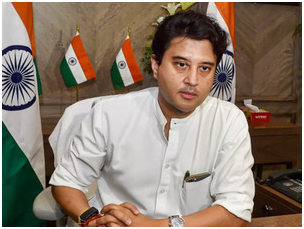 Union Minister Jyotiraditya M Scindia on Tuesday exuded confidence that India will become the number one producer of steel in the world in the days to come. India is the world’s second-largest producer of crude steel after China.

The minister was speaking during a conference on Indian minerals and metals industry organised by NMDC and Ficci. He was of the view that India has moved from becoming the net importer of steel to the net exporter of steel. He said India’s per capita consumption of steel has increased from 57.8 kg in 2013-14 to 78 kg.

The government intends to achieve 300 million tonne (MT) of steel production target by 2030, Scindia said.Steel across the world is the primary sector which results in economic, capital and infrastructure growth.
“Our target policy and focus also has been to turn India from just another player in the steel sector to becoming a force to reckon with,” he added.